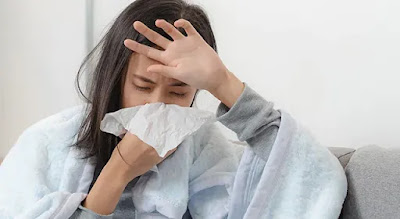 It is an inflammation of the nasal mucosa. It is manifested by nasal obstruction, with sneezing attacks or we have an irritated nose with a runny nose and watery eyes. It lasts approximately 3 to 10 days and usually goes away on its own.
The cold expresses a difficulty in social adaptation, it is difficult for us to relate to each other, that is why it manifests itself more frequently in times when we must live with people more closely, that is, in those seasons where people are more at home and have than living with relatives with whom they are not truly comfortable.
These are small family or professional conflicts, brief and violent, repetitive, most of the time expressed in the form of disputes and, in general, linked to the territory, threats conflicts in the territory.
“There is something that I dislike a lot or I have a tense relationship with someone”, “I feel my living space threatened (wife, husband, father, etc.”, “I suspect that there is a threat in the air”, “It smells bad around here, I feel that something is going to happen", "There is a situation that I do not want to smell, that bothers me"
The cold is the means by which we release a large dose of sadness that we have accumulated in us. It can appear after having suffered some disappointment or as a consequence, of regret for not having said or done something. Or after an experience in which our feelings have been hurt and we have felt a lack of warmth, hugs, kind words or support. "It has left me frozen", "I want to be separated from the smell to rediscover the contact with myself"
A cold can also manifest itself when there is an excess of activity on the mental plane and we feel confused, worried, not knowing where to start. We are fed up, tired: "up to our noses", of a situation, of ourselves, of others, and so on. "Something really bothers me, or I'm cold with someone"
There are also other causes based on popular beliefs that can trigger a cold, for example: believing that by placing ourselves in a "draft of air" we are going to catch a cold; believing that we can “catch a cold from someone else”; or believe in the "three colds of each winter"
This is manifested only in those people who believe it. The more widespread a belief is, the greater its influence in society.
Recommendations to recover physical, emotional and spiritual health:
The cold is the ideal reason that we unconsciously provoke, to escape from a situation (conflict) that overwhelms us, but that we are not willing to recognize and express.
However, if our nose is stuffy, if our eyes water, if we can hardly even speak because of the irritation of the throat or the dog's cough and even, our sneezes become the best weapon: I have a cold”, allows us to achieve our goal of removing ourselves from the annoying situation, without conflict and also with the benevolence and understanding of everyone.
The same cold forces us to focus a little more on ourselves; it forces us to rest, to take certain postures, to sleep longer, to project less energy problems.
The cold is considered Naturopathic medicine as a detoxification crisis of the body.
Through it, physical toxins (inadequate diet, sedentary life, medications, etc.) or psychic (emotional problems) are eliminated and the body and soul are freed from the substances that intoxicated them and both come out of the crisis strengthened.
The teaching we receive is that we must be prepared to face the conflicts posed by our relationships, accepting that we project onto others what we reject so that we can see, recognize and integrate it within ourselves.

If you want to know more about the emotional origin of diseases, you can purchase my book by clicking on the Amazon link: